Legal Governance Challenges for Associations During a Pandemic

The COVID-19 pandemic has not only thrown a huge monkey wrench into associations’ planned in-person meetings and conferences, but has also thrown a big curve ball into association governance. From canceled membership meetings to virtual board meetings to online elections to an inability to meet governance requirements imposed by law, bylaws or policy, associations are struggling to find answers to a host of pressing governance questions. As you navigate these issues for your own association, where do you find these answers, what are practical, workable solutions to these significant challenges, and what will constitute compliance with the law and your own governing documents? This webinar will answer these questions, as well as others such as:

As membership and board governance issues are so critical to the healthy functioning of an association – and is this is a very complex, nuanced area of the law, and one that varies from state to state – this is an important webinar that promises to offer real-time, practical advice and guidance, best practices, and suggestions for avoiding pitfalls. 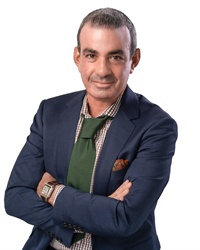 Jeff Tenenbaum is one of the nation’s leading nonprofit attorneys, and also is an accomplished author, lecturer, and commentator on nonprofit legal matters. Jeff counsels his clients on the broad array of legal issues affecting charities, trade and professional associations, foundations, international NGOs, arts and cultural institutions, think tanks, and other nonprofit organizations, and regularly represents clients before Congress, federal and state regulatory agencies, and in connection with governmental and internal investigations, enforcement actions, litigation, and in dealing with the media.

Jeff is frequently called upon by major media outlets – in television, radio, print, online, and elsewhere – to provide commentary on news stories involving nonprofit legal issues and developments, and has served as an expert witness in several court cases on nonprofit legal matters. For 19 years, he practiced law at Venable LLP in Washington, DC; he was a partner and chaired its nonprofit practice for most of that time, served on the firm’s Board of Directors for many years, and co-chaired the firm’s management review process in 2016. Jeff started his career in the nonprofit community by serving as Legal Section manager at the American Society of Association Executives, following several years working on Capitol Hill as a legislative assistant.

Jeff was the 2006 recipient of the American Bar Association’s Outstanding Nonprofit Lawyer of the Year Award, and was an inaugural (2004) recipient of the Washington Business Journal’s Top Washington Lawyers Award. He was one of only a handful of “Leading Lawyers” in the prestigious U.S. Legal 500 Not-for-Profit rankings from 2012-18 and is one of only five lawyers in the U.S. Legal 500 Not-for-Profit “Hall of Fame.” He is listed in the 2012-20 editions of The Best Lawyers in America® for Non-Profit/Charities Law, and was selected for inclusion in the 2014-20 editions of Washington, DC Super Lawyers in the Nonprofit Organizations category. He was the 2015 recipient of the New York Society of Association Executives’ Outstanding Associate Member Award, the 2004 recipient of The Center for Association Leadership’s Chairman’s Award, and the 1997 recipient of the Greater Washington Society of Association Executives’ Chairman’s Award. He was recognized in 2013 as a Top Rated Lawyer in Tax Law by The American Lawyer and Corporate Counsel, and, in 2011, was named as one of Washington, DC’s “Legal Elite” by SmartCEO. He has been listed in the annual editions of Who’s Who in American Law and Who’s Who in America since 2005, was a 2008-09 Fellow of the Bar Association of the District of Columbia, and is AV® Peer-Review Rated by Martindale-Hubbell, the highest rating possible.

Jeff is the author of the book, Association Tax Compliance Guide, now in its second edition, published by the American Society of Association Executives. He also is a contributor to numerous ASAE books, including Professional Practices in Association Management, Association Law Compendium, The Power of Partnership, Essentials of the Profession Learning System, Generating and Managing Non-Dues Revenue in Associations, and several Information Background Kits. In addition, he is a contributor to Exposed: A Legal Field Guide for Nonprofit Executives, published by the Nonprofit Risk Management Center. He is a frequent author on nonprofit legal topics, having written or co-written more than 1,000 articles.