The Board's Duty of Foresight in The Turbulent Twenties

In the third decade of the 21st century, association boards will have no choice but to confront serious challenges — including AI/automation, the climate crisis and economic inequality — that will have a profound impact on their stakeholders’ well-being. These unforgiving conditions make it crucial for boards to perform different work in a different way and at the highest possible level. In this webinar, participants will learn why the duty of foresight lives at the center of a more generative integration of stewardship, governing and foresight, and how it can inspire boards to focus their attention on understanding, anticipating and preparing their organizations, stakeholders and fields for a full range of plausible futures. 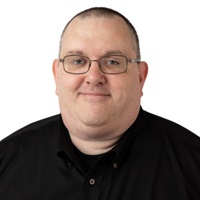 Jeff De Cagna, FRSA, FASAE is executive advisor for Foresight First LLC in Reston, Virginia and a respected contrarian thinker on the future of associating and associations. In his work, Jeff advises association and non-profit boards on strengthening their performance through the duty of foresight. A graduate of the Johns Hopkins and Harvard universities, Jeff has pursued executive development in both the work of governing (BoardSource and Harvard Business School) and the work of foresight (Institute for the Future and Oxford University). He is the author of the provocative 2018 eBook, Foresight is The Future of Governing: Building Thrivable Boards, Stakeholders and Systems for the 21st Century.

In August 2019, Jeff became the 32nd recipient of the American Society of Association Executives (ASAE) Academy of Leaders Award, the association’s highest individual honor given to consultants or industry partners in recognition of their support of ASAE and the association community.